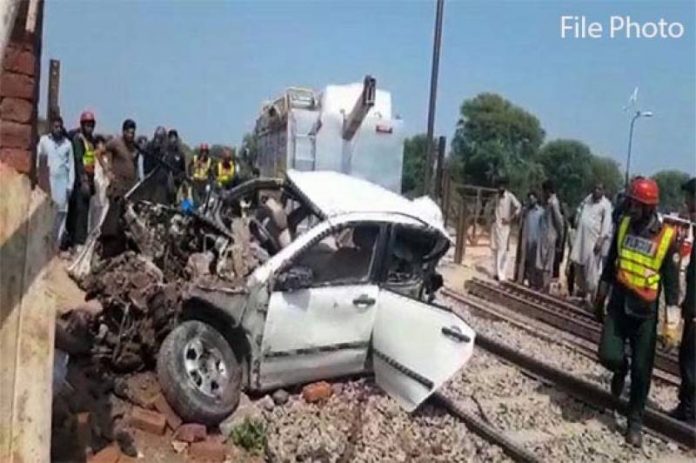 PATTOKI: Four family members of a family including two women died Tuesday when their car was struck by a train at a crossing near Pattoki.
According to details, victims Hammad and Jawad were heading to Gahlan village of Pattoki along with their wives when their car got hit by train Khyber Mail at a crossing.
Rescue 1122 teams and police reached the place of incident and launched rescue operations. One injured was referred to hospital for treatment.