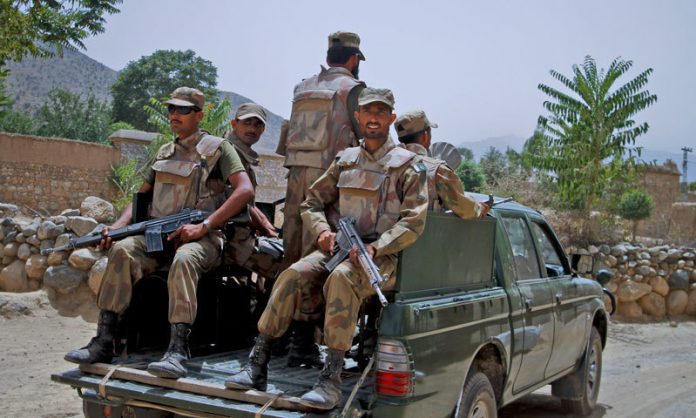 QUETTA: Four Frontier Corps (FC) Balochistan personnel including an officer were martyred in terrorists attack in Turbat area of Balochistan here on Saturday.
According to the Inter-Services Public Relations (ISPR), the attack took place when the FC Balochistan troops were carrying out a combing and sensitisation operation between Hushab and Turbat area.
The four martyred personnel includes Captain Aqib, Sepoy Nadir, Sepoy Atif Altaf and Sepoy Hafeezullah, the ISPR said.
The incident came as six other Pakistan Army soldiers were martyred in North Waziristan tribal district when terrorists opened fire on them from across the Pak-Afghan border.