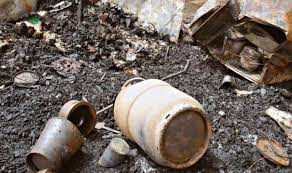 MASTUNG: At least four people were wounded in a gas-leak explosion at a house in Sarawan Town in Mastung on Thursday.
Rescue sources said the injured have been shifted to a nearby medical facility for treatment.
Yesterday, six members of a family were killed in an explosion at a house in Bannu, Khyber Pakhtunkhwa. Local officials relayed that a couple along with their four children lost their lives in the explosion which took place within the jurisdiction of Haved police station.
A school teacher, Barkatullah, his wife and four children were among the deceased victims. According to police officials the deadly blast took place inside a room.
Rescue teams and a police investigation team reached the site of the explosion immediately after the incident and cordoned off the area. The bodies of the victims were shifted to District Headquarters Hospital in Bannu.
A provincial government spokesperson reiterated that the incident happened at the house of a school teacher and was reportedly a cylinder explosion.