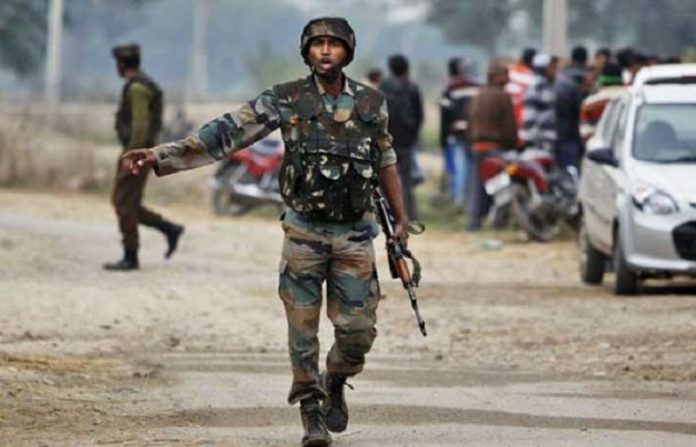 SRINAGAR: As many as four Kashmiri youths were martyred by Indian forces in Baramullah district of Occupied Kashmir late Thursday night.
According to Kashmir Media Service (KMS), the youths were killed in by the Indian forces in a fake encounter.
Meanwhile, the Hurriyat leadership has given a call for peaceful protest against the brutality of Indian forces. The protest would be demonstrated after Asr prayer.
However, the local administration has imposed several bans in the valley ahead of the protest.
Educational institutions also remained close in Srinagar due to the call of protest.