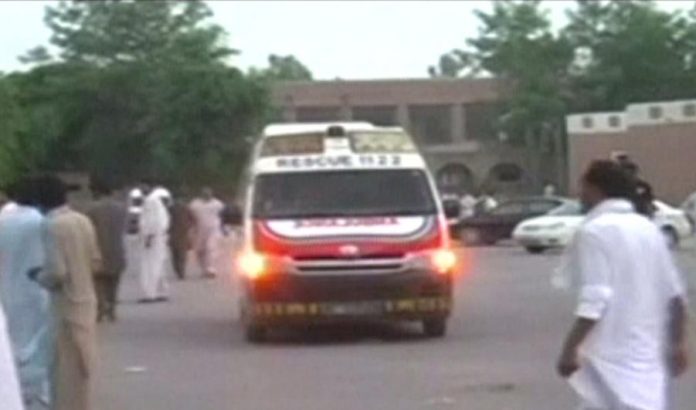 DERA ISMAIL KHAN: Four people were killed and several others were injured in clash between rival tribal groups in Dera Ismail Khan on late Thursday.
Police said the firing between the groups linked to dispute over land and forest.
The members of Sherani Hassan Khail and Dotani opened fire at each other in Hassan Khail. Four members from both sides died on the spot.
Police rushed to the spot on emergency calls and faced difficulty in rescue operation because of darkness.
The bodies and injured were shifted to the D I Khan district headquarters hospital. Police are searching for the runaway suspects.