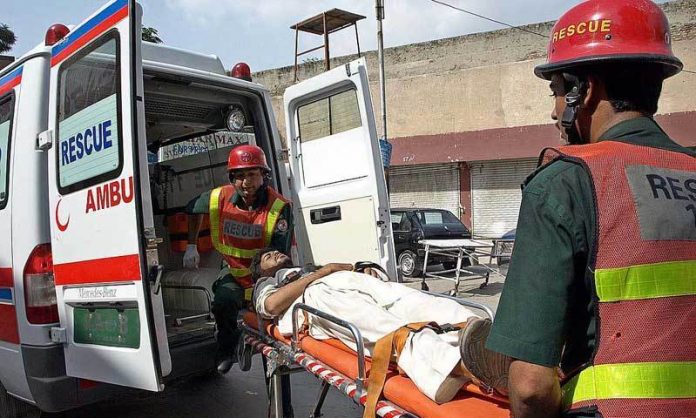 QUETTA: Four people were killed and one injured when a car collided with a dumper truck in Chaman on Sunday.
According to the details garnered, the accident took place in the Kosak Top area. Levies personnel confirmed the number of deaths and injuries were four and one respectively.
The Levies personnel and rescue officials reached at the spot and they shifted injured and bodies to a nearby hospital.
After a while, the route was opened for the traffic.
Earlier, at least 15 people were injured when two passenger coaches collided with a truck near Bela Nami check post in Hub tehsil of Balochistan’s Lasbela district on Friday morning.