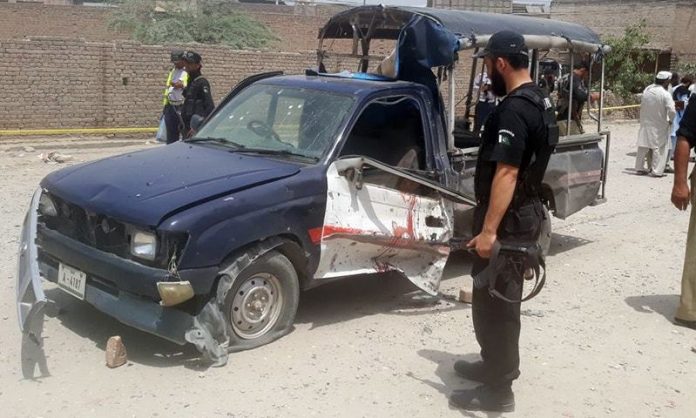 PESHAWAR: At least four policemen sustained severe injuries following a ‘remote-controlled’ bomb explosion that targeted their patrolling van by unidentified assailants in Khyber Pakhtunkhwa’s Lower Dir district on Wednesday.
A remote-controlled bomb blast left four policemen wounded in Lajbouk Biari as their vehicle was targeted, District Police Officer (DPO) told journalists. He added that the police van was on routine patrolling in the area.
Local police officials said that the wounded personnel to the District Headquarters (DHQ) Hospital.
Heavy contingents of police were deployed in the area and the area was cordoned off where the teams have commenced search operation against the culprits.