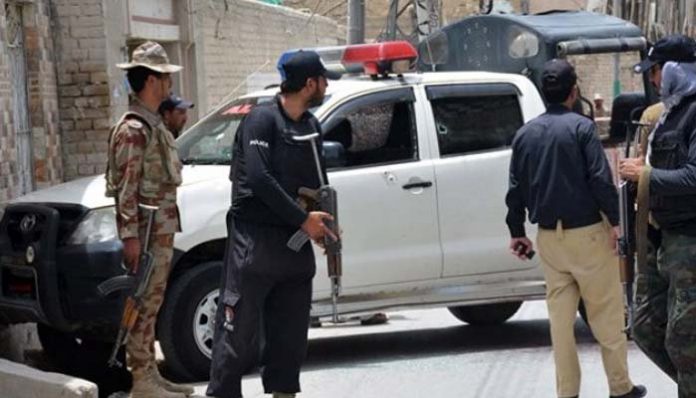 QUETTA: At least four suspected suicide bombers blew themselves up during a raid conducted by security forces in Balochistan’s Loralai area on Tuesday.
The Counter-Terrorism Department and other security agencies conducted the raid in Nasirabad, Loralai, on the basis of intelligence reports, Assistant Superintendent of Police, Attau Rehman said.
At least four security personnel were injured during the raid and taken to Loralai hospital, he added.
The area surrounding the compound was sealed off as a combing operation went underway in the area following the raid.
Loralai has witnessed a sharp rise in violent attacks by militants in the recent past.
A few days ago, six Levies personnel were martyred in a terrorist attack in Balochistan’s Sanjavi. According to sources the six members of a law enforcement agency were posted at the check-post in Lal Katai on Sanjavi-Loralai road, which was attacked by assailants with heavy weapons.