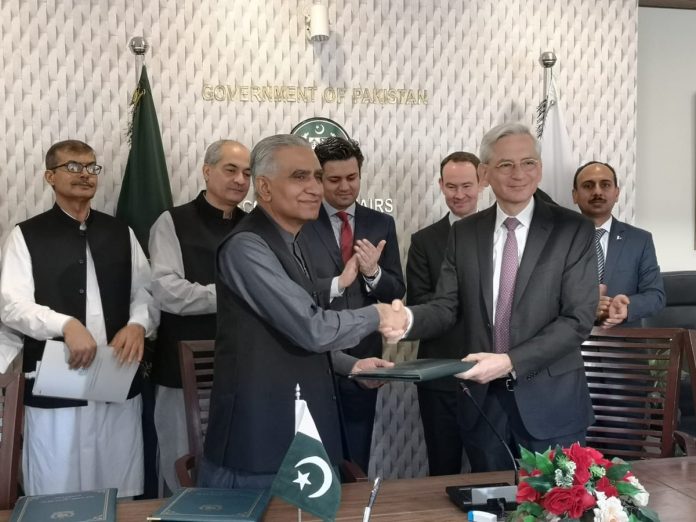 ISLAMABAD: The government of France has provided a soft loan of €50 million and a grant of €0.2 million to Pakistan for the rehabilitation of Chitral and Dargai hydropower plants.
Secretary of Economic Affairs Division (EAD) Noor Ahmed, French Ambassador Marc Baréty and Country Director of the French Agency for Development (AFD) Jacky Amprou signed the Credit Facility Agreement worth €50 million and the Grant Agreement worth €0.2 million.
A statement released by the French Embassy said that the funding will allow the modernisation of the two hydropower plants as well as the upgrading of their generation capacity from 20MW to 22MW for Dargai HPP and from 1MW to 5 MW for Chitral HPP.
The main objective of the project is to provide adequate facilities for the generation, transmission, and distribution of energy to meet current and future needs of Chitral and Malakand regions. It will also result in industrial, agricultural and economic development of the regions.
France, through the French Agency for Development, is providing technical and financial support in the energy and urban development sectors of Pakistan, where €610 million financial support has been committed since 2016.