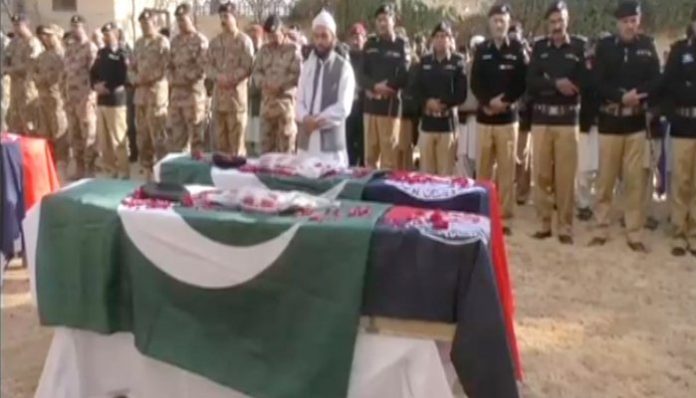 QUETTA: The funeral prayers of the four Balochistan Constabulary personnel were offered here on Wednesday. The Balochistan constabulary personnel were martyred in a suicide attack a day earlier in Quetta.
Balochistan Inspector General of Police Moazzam Jah, FC, military and police officials were present during the prayers held at the police lines on Gulistan Road in Quetta.
Bodies of the martyred personnel were sent to their native areas, in interior Balochistan.
Quetta DIG Abdul Razzaq Cheema has announced a reward of Rs2 million for the person who would provide information on the attack and the attacker.