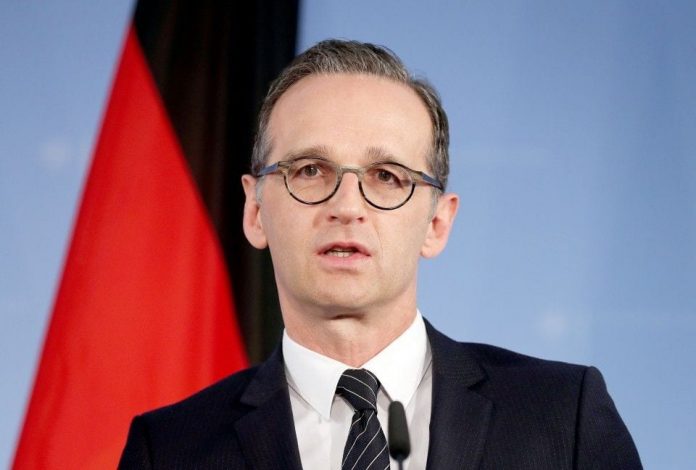 ISLAMABAD: German Foreign Minister Heiko Maas arrived in Islamabad on Tuesday where he was welcomed by high ranking officials of the foreign office.
The German foreign minister will hold important meetings with Foreign Minister Shah Mahmood Qureshi and the Pakistani leadership during his visit.
Matters pertaining to regional peace and security and the situation in Afghanistan will be discussed during the meetings.
The Turkmenistan Foreign Minister Rashid Meredov is also scheduled to arrive in Islamabad later today.
According to a press release by the foreign office, the Turkmen foreign minister will be accompanied by a high-level delegation comprising Turkmen Minister for Energy and other high-level officials.
Foreign Minister Shah Mehmood Qureshi and his Turkmen counter-part will lead their respective delegations at the second round of Pakistan-Turkmenistan Bilateral Political Consultations (BPC), to be held in Islamabad.
The Turkmen foreign minister will also hold meetings with ministers of finance, petroleum and energy during his visit.
Meredov’s visit will add momentum to existing cooperation at all fronts including bilateral, regional and multilateral. It will also reinforce Pakistan’s endeavours to deepen its engagements with Turkmenistan and build a strong economic partnership between the two countries.