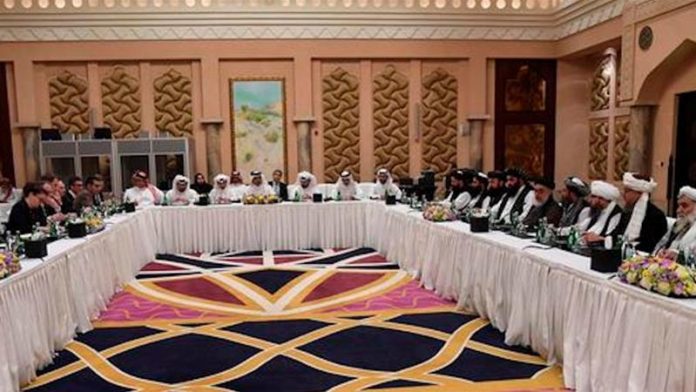 UNITED NATIONS: Germany and Qatar are working to organize an “inter-Afghan dialogue,” a United Nations official said on Wednesday, in an effort to start formal talks between the Kabul government and Taliban.
US diplomat Zalmay Khalilzad has met repeatedly with the Taliban in recent months with a view to pulling out US troops first sent there almost 18 years ago in America’s longest war.
A major sticking point remains the Taliban’s refusal to negotiate with Afghan President Ashraf Ghani’s government, which enjoys international support but is viewed by the ultra-conservative insurgents as a US-backed puppet administration.
“Direct talks between the United States and the Taliban continue with broad international support,” Tadamichi Yamamoto, who heads the UN Assistance Mission in Afghanistan, told the UN Security Council.
Besides that effort, “Afghanistan and some of its international partners, in particular Germany and Qatar, are preparing for an inter-Afghan dialogue,” he said without giving details or a timetable.
“All these efforts need to be directed towards one common objective: to start formal negotiations between the government of Afghanistan and the Taliban to reach a peace agreement,” added Yamamoto, who also serves as the UN secretary general’s special representative for Afghanistan.
“The common message to the Taliban is clear: come to the table and negotiate directly with the Afghan government.”
The United States and other countries including France told the Security Council they support the German-Qatari initiative.