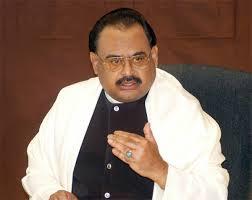 GILGIT: An anti-terrorism court (ATC) in Gilgit-Baltistan (GB) has issued a non-bailable arrest warrant against Muttahida Qaumi Movement (MQM) Chief Altaf Hussain today.
The development comes as a result of multiple First Information Reports (FIRs) that were registered in the province against the MQM chief. ATC-1 of GB was holding a hearing on the case today.
The FIRs were registered under sections related to treason and rebellion against the state of Pakistan. A total of nine FIRs were registered by concerned citizens of GB.
Earlier this week, a three-member bench of the Lahore High Court (LHC) was constituted to assess the maintainability of a case against MQM chief for his earlier remarks about the Pakistan Army.
In July, FIRs were registered in different parts of the country against Altaf Hussain for remarks made by him against the chief of Rangers in Sindh and the paramilitary force in recent speeches.