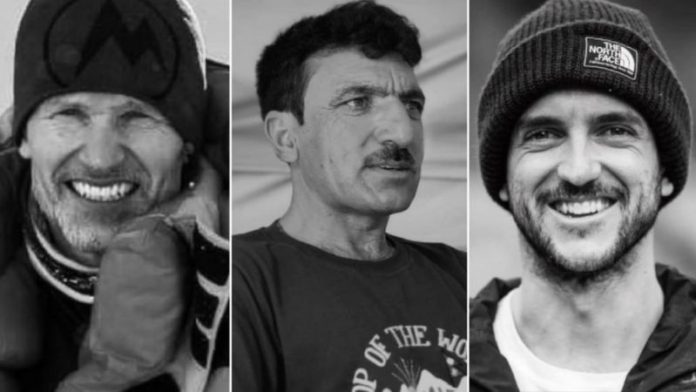 GILGIT: The Gilgit-Baltistan cabinet approved on Tuesday the plan to establish the Ali Sadpara Mountaineering School in memory of the country’s greatest climber. GB government spokesperson Ali Taj said that Ali Sadpara’s son Sajid will be employed in the school that will be set up in his memory. The cabinet also decided to recommend the name of Muhammad Ali Sadpara to the Government of Pakistan for the country’s highest civil award. They will also provide Rs3 million to the deceased climber’s widow.

Last week, the family of Pakistani mountaineer Ali Sadpara declared him and two other missing foreign climbers dead. The announcement was made by Ali Sadpara’s son, Sajid Sadpara, in Skardu. “I will keep my father’s mission alive and fulfil his dream,” he said.

He also thanked Prime Minister Imran Khan, Chief of the Army Staff General Qamar Javed Bajwa and the courageous pilots of the Askari Aviation for conducting a thorough search and rescue operation amid the harsh weather for his father.