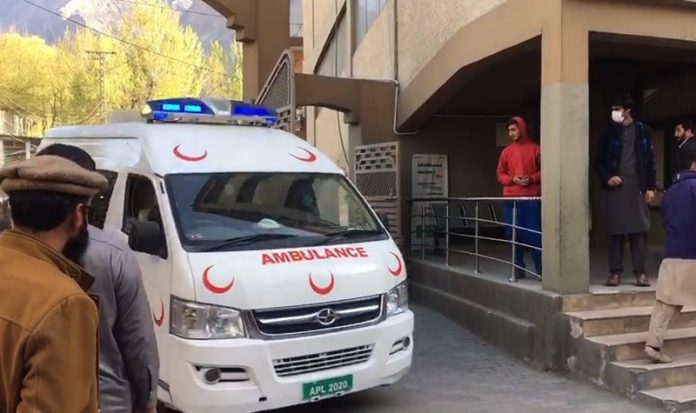 At least six people were killed and seven others injured after unidentified men opened fire on a passenger vehicle in upper Naltar Valley in Gilgit-Baltistan, Khyber News reported.

According to Gilgit SSP Mirza Hassan the injured were shifted to a hospital in Gilgit. The incident occurred some 35 kilometers away from Gilgit.

The police have arrested three suspects from Naltar Pine, said SSP Hassan. He added that raids were being conducted to arrest other accused.

Soon after the incident, the GB Home Department ordered the law enforcement agencies to stay on “red alert” and ensure security of all public buildings and sensitive places.

GB Chief Minister Khalid Khurshid has ordered the security agencies to find the attackers and arrest them. In a statement, the chief minister said the killers would be brought to justice and the government would take every possible step to maintain law and order in the region.