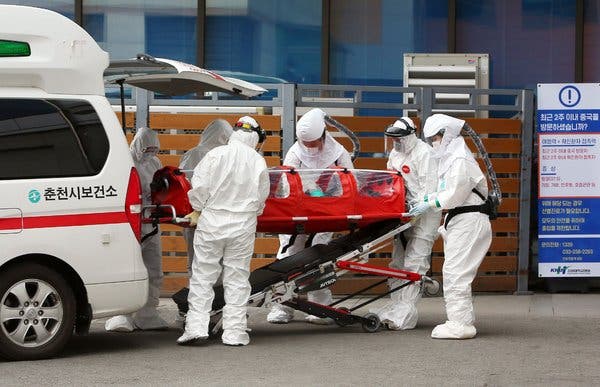 PARIS: The global death toll from the new coronavirus pandemic topped 8,000 on Wednesday, according to a foreign news agency tally based on official figures.
As of 1200 GMT, 8,092 deaths have been recorded, most of them in Europe (3,422) and in Asia (3,384), where the outbreak originated. With 684 new deaths in the past 24 hours out of a total 78,766 cases, Europe is the continent where the pandemic is spreading the most rapidly.
The number of people infected by COVID-19 in Spain soared past 13,700 with the number of deaths rising to almost 600, government data showed. “We have 13,716 cases in Spain, which is 2,538 more than yesterday, which implies an increase of 18 percent,” said Fernando Simon, the health ministry s emergencies coordinator.
Over the same 24-hour period, the number of deaths rose to 598, an increase of 107, a government statement showed, giving a higher figure than that initially announced by Simon.
Madrid remains the worst-hit area, accounting for 5,637 cases, or 41 percent of the infections in Spain, while the number of deaths there rose to 390 deaths — around two-thirds of the national total.
Given that Spain, like other countries, is currently struggling with a shortage of coronavirus test kits, the number of infections could well be higher.
In Madrid alone, the health authorities said were in touch with more than 20,000 patients by phone, Simon had said on Tuesday, describing them as a mix of “confirmed and suspected” cases.
And with Spain receiving a new batch of testing kits, medics would “run tests on anyone showing symptoms,” he said on Wednesday, warning it could “substantially increase” the number of positive cases.
Earlier, Prime Minister Pedro Sanchez warned that the virus had not yet peaked in Spain in an address to a nearly-empty parliament.
“The worst is yet to come, as our health system feels the impact of caring for such a huge number of infected people, as the days of isolation drag on, when we feel the economic impact” of the pandemic, he said.
“I am asking you to make sacrifices but I m also calling for unity… it is what we have to do to save many lives,” he said after his government declared an unprecedented national lockdown at the weekend, ordering Spain s 46 million population to stay at home in a bid to slow the spread of the virus.
Spain is the fourth worst-hit country in the world after China, Italy and Iran, with numbers rising rapidly despite the lockdown that was initially declared for two weeks but which officials have said will likely be extended.
In terms of people who have recovered, government figures show there are currently 1,081 cases, the vast majority of them in Madrid, which accounts for around 88 percent of the overall figure.
Meanwhile, US President Donald Trump said he will hold a news conference on “very important news” from the Food and Drug Administration related to the new coronavirus.
Trump, who referred to the disease as the “Chinese virus” in one of a series of tweets, shed no light on the development to be disclosed. “I will be having a news conference today to discuss very important news from the FDA concerning the Chinese Virus!”
The FDA is the US agency that is responsible for ensuring the safety of drugs, vaccines and medical devices as well as US foods.
More than 100 people have died of the virus in the United States, which has nearly 6,500 confirmed cases of the disease, according to a running tally kept by Johns Hopkins University. …Agencies