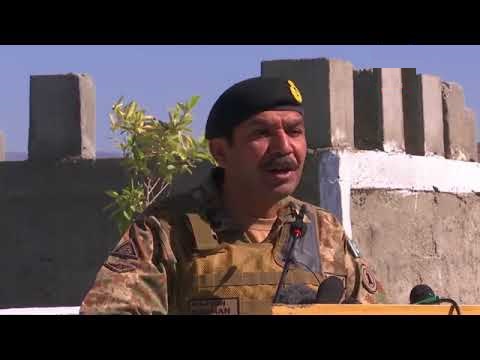 KOHAT: Major General Noman Zakria, General Officer Commanding Kohat Friday inaugurated Chowk Yadgar-e-Shuhada on Indus Highway near Dara Adamkhel.
The Chowk was name after tribal people from Dara Adamkhel who laid down their lives in war against terror.
It was a kind of tribute and salute to valiant tribal people for their unshaken support to the motherland
and Pak Army against terrorists.