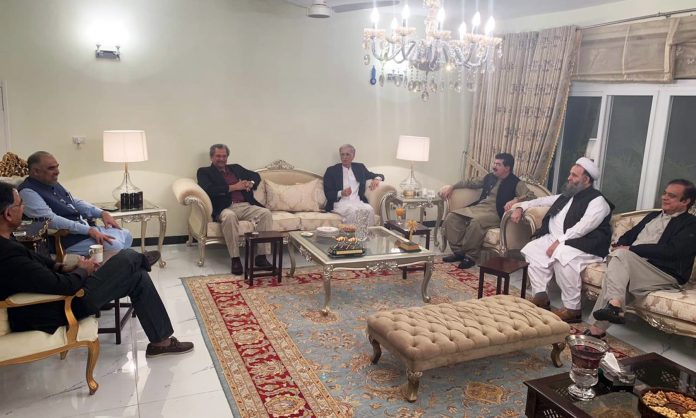 ISLAMABAD: Government’s dialogue committees held a joint meeting and decided to remove reservations of the allies and honor pledges made with them.
According to details, committees discussed demands of the government allies and Shafqat Mahmood apprised the participants regarding concerns of the PML-Q.
According to sources, participants of the meeting decided to formally contact allies and implement agreements signed with them. It was also decided that working relation with the allies will be improved.

Also read: Chairman Senate Sadiq Sanjrani meets MQM-P leaders in Karachi
While talking to media after the meeting, CM Usman Buzdar said that allies will remain with the government and the conspirators will fail. He added that all issues will soon be resolved.
Governor Punjab Chaudhry Sarwar reiterated that government will resolve all issues with the allies.
Federal Minister Shafqat Mahmood informed the media that committees will hold meetings with the allies in next week.