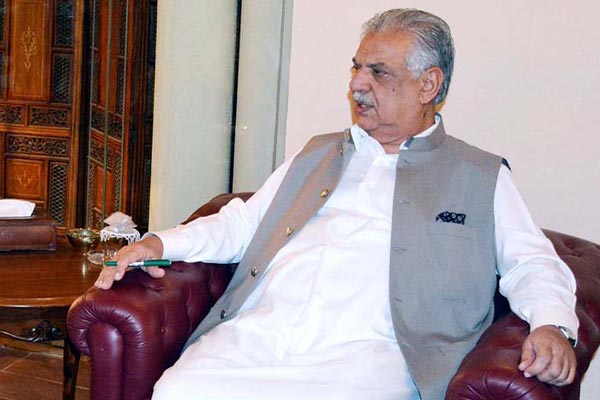 PESHAWAR: Khyber Pakhtunkhwa Governor, Engineer Iqbal Zafar Jhagra offered Eidul Fitr prayer at Governor House, Peshawar on Monday.
Parliamentarians and provincial Secretaries also offered their Eid prayer with the Governor at Governors House.
Special prayers were offered for peace, stability and security of the country and well-being of the people.
Later on the Governor exchanged Eid greetings with the gathering.
Meanwhile, a number of leading figures hailing from cross section of the society called on the Governor at the Governors House, Peshawar and exchanged Eid greeting with them.
Amongst others who visited Governor House to exchange Eid greetings with the Governor also included elected representatives, tribal elders, prominent citizens, social and political figures. – APP