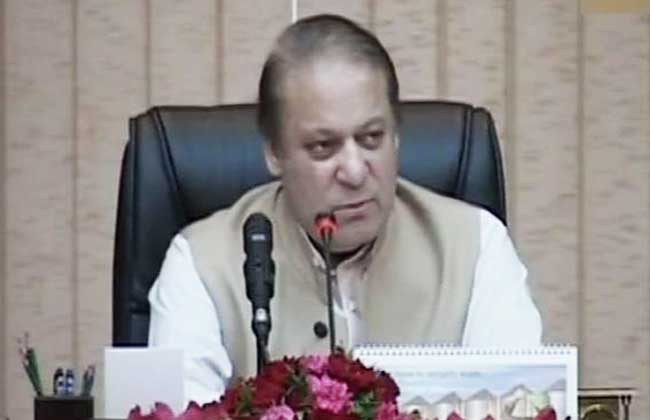 ISLAMABAD: Prime Minister Muhammad Nawaz Sharif Saturday said the government is steadfastly working towards establishing equality for all human beings, besides creating an environment of peaceful co-existence and non-discrimination on the basis of caste, creed, colour, sex, race and religion.
“Our Government has been endeavouring to promote national unity in order to build Pakistan as a great nation according to the vision of Quaid-i-Azam,” he said in a message on the International Human Rights Day being celebrated across the world on December 10.
The prime minister endorsed commemoration of International Human Rights Day as a symbol of recognition of the universal human rights.
Since the adoption of Universal Declaration of Human Rights by the United Nations in 1948, this Day reminded all nations of the world to adhere to protecting inviolable human rights and preserve human values, he added.
The prime minister said before the adoption of Universal Declaration of Human Rights by the UN, our religion Islam exhorted human beings to follow tenets of human values, according top priority to human rights. “I have always stood up for human freedom marked by free speech and justice to all. I have always urged the nation to join hands to fight against discrimination and fanaticism,” he added.
The prime minister noted that Pakistan was currently encountered by multiple challenges particularly terrorism. “As a responsible state, Pakistan is fully cognizant of its regional and international commitments and we are implementing Human Rights related core Conventions in appropriate manner,” he added.
He said the present government was also undertaking a number of legislative measures to ensure protection and promotion of Human Rights. “I am sure that the commemoration of International Human Rights Day will inculcate profound adherence of its underlying spirit,” he observed.
He said the Action Plan for Human Rights was being implemented in the country with focus on bringing structural changes in current mechanisms through policy and legal reforms, human rights education, awareness, research and communication; besides establishment and strengthening on national human rights institutions.
The prime minister said the government was also committed to alleviate poverty and to create jobs for young people from all walks of life.
It was also providing opportunities for the youth under the umbrella of PM’s Youth Programme to truly empower and enable them play their due role in the national progress and development, he said, adding through this initiative, they were creating conducive environment for youth to become a part of nation building process. …APP