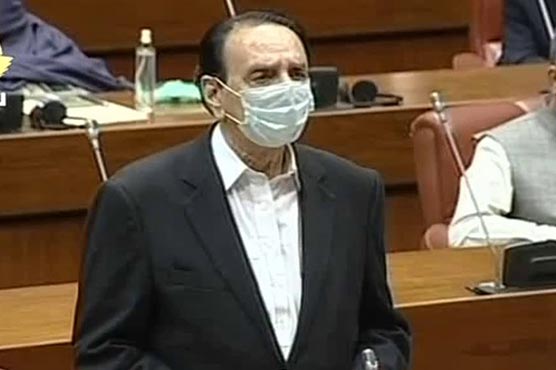 ISLAMABAD: Opposition leader in Senate Raja Zafar ul Haq on Tuesday has said that incumbent government of Pakistan Tehreek-e-Insaf (PTI) should have developed harmony and unity among the political parties in fight against coronavirus.
While addressing the Senate session, the Pakistan Muslim League-Nawaz (PML-N) leader said Prime Minister (PM) Imran Khan had tried to divide the nation by saying that elites imposed lockdown in the country.
He asserted that hatred is being promoted against opposition parties. The government’s attitude in current situation remained ineffective, he added.
The opposition leader stated that Sindh government was being portrayed as an enemy of the country.
The opposition leader also expressed concerns over the oppression unleashed by Modi-led Indian government in occupied Jammu and Kashmir and massacre of Muslims in India.
He said lockdown is in place in occupied Jammu and Kashmir since August last year and the people there have no access to medical supplies and treatment.
Earlier, at the outset of the upper house, the house offered fateha for those died due to coronavirus and the soldiers martyred in recent Kech attack.