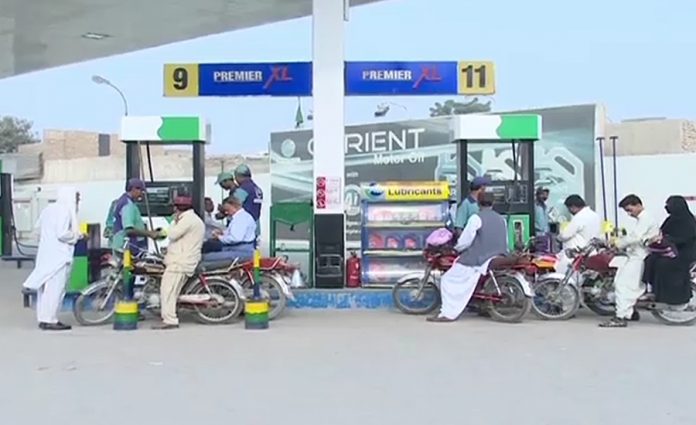 ISLAMABAD: A committee has been set up to look into the causes of hoarding and black market behind the Petroleum crisis and notification has also been issued in this regard.
According to the notification, the committee will be headed by Directorate General (DG) Oil Shafi-ur-Rehman Afridi. The committee will review the supply of petroleum products to the public at petrol pumps. The marketing licenses of oil companies involved in hoarding may also be revoked.
Minister for Power and Petroleum Omer Ayub has categorically stated that there is no shortage of petrol, diesel and kerosene oil in the country.
Making a policy statement in the National Assembly on Monday, he appealed to the people to refrain from panic buying.
He said at present the country has petrol reserves for ten days. In the next two or three days, two tankers of sixty-five thousand metric tons will dock at our ports.
He said the FIA had been given instructions to check the stocks of all oil marketing companies. In addition the administration has been directed to seal and cancel the licenses of those petrol pumps not selling the fuel.
Oil Companies Advisory Council has said that consumers should refuel their vehicles as usual and not to make extra purchases. Between July 2019 and May 2020, the average sale of petrol was about 600,000 metric tons per month. In the first six days of June 2020, sales increased by 30,000 metric tons.