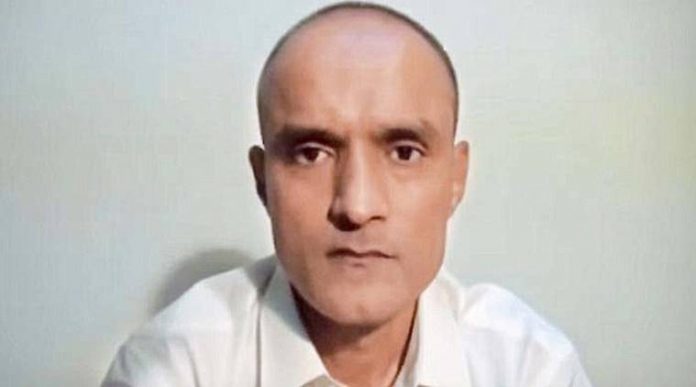 ISLAMABAD: The federal government on Wednesday has approached Islamabad High Court (IHC) for appointment of legal representative for Indian spy and agent of intelligence agency Research and Analysis Wing (RAW) Kulbhushan Jadhav.
According to details, federation through defence secretary and judge advocate general branch GHQ has been made party in the plea.
The petition stated that Kulbhushan, who was involved in several terrorist activities in Pakistan, has refused to file plea against his sentence. The agent cannot appoint lawyer in Pakistan without assistance from India, it read.
It is to be mentioned here that the government side has filed the petition under the Presidential Ordinance.
Earlier, Pakistan had decided to grant third consular access to Kulbhushan Jadhav.
On July 16, 2010, Indian Charge d’affaires reached the Foreign Office as New Delhi accepted Pakistan’s offer to give second consular access to Jadhav. The place where the agent was kept had been declared as sub-jail.
Foreign Office spokesperson Aisha Farooqui said first consular access under the Vienna Convention on Consular Relations 1963 was earlier provided by Pakistan on second September last year. She said the mother and wife of commander Jadhav were also allowed to meet him on December 25, 2017.
Aisha Farooqui said two consular officers of the Indian High Commission in Islamabad were provided unimpeded and uninterrupted consular access to Commander Jadhav.
On July 17, 2019, the ICJ had rejected remedies sought by India, including annulment of military court decision convicting Kulbhushan Jadhav, his release and safe passage to India.
Announcing the verdict Judge Abdulqavi Ahmed Yousaf told Pakistan to review the death sentence for an alleged Indian spy, saying Islamabad violated his rights to consular visits.
The court, in its verdict, rejected a number of Indian demands including annulment of military court decision convicting Jadhav, his release and safe passage to India.
The ICJ found that Pakistan deprived India of the right to communicate with and have access to Kulbhushan Jadhav, to visit him in detention and to arrange for his legal representation, and thereby breached obligations incumbent upon it under Vienna Convention on Consular Relations.
The tribunal in The Hague ordered an “effective review and reconsideration of the conviction and sentence of Kulbhushan Sudhir Jadhav”.
The judge remarked that Pakistan and India are signatories of the Vienna Convention.
“A continued stay of execution constitutes an indispensable condition for the effective review and reconsideration of the conviction and sentence of Mr Kulbhushan Sudhir Jadhav,” it ruled.
The court while finding Jadhav guilty of committing terrorist activities inside Pakistan, ordered that the Indian spy cannot be handed over to India. Kulbhushan will remain in Pakistan’s custody, it ruled.
Pakistani team headed by the attorney general was present in the courtroom. The team also included then Foreign Office Spokesperson Dr Muhammad Faisal.