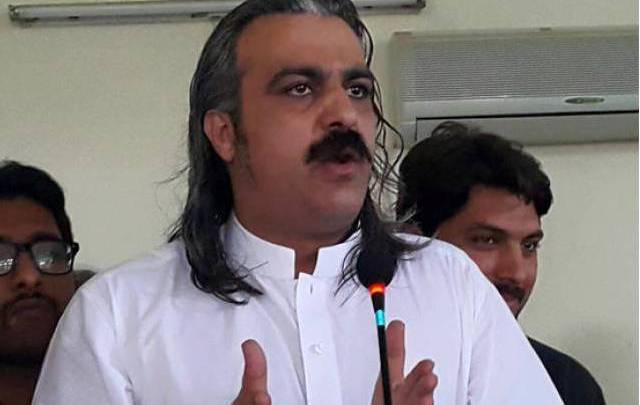 ISLAMABAD: Federal Minister for Kashmir Affairs and Gilgit Baltistan, Ali Amin Khan Gandapur, has expressed that government is planning to make a film on the issue of Occupied Kashmir to unveil ugly face of India and highlight every aspect of violence, torture, rapes, killing of innocent people by Indian troops.
Talking to a news channel, Ali said film will be released in different languages across the globe to unveil the brutal killing and real face of India in front of the world.
The Minister termed minorities facing various problems in India and feeling insecure due to the Hindu extremist organizations, India already violating the rules of United Nations about the human rights and religious freedom.
He said it was the mindset of the Indian government as in the past brutal killing of innocent Muslims in Gujarat.
Commenting over the performance of Government during hundred days, the minister said social survey has been launched in Azad Kashmir and Gilgit Baltistan to collect the data about the basic facilitates regarding health and education.
The government is committed to address the problems of people on their door steps.
Gandapur said government already had formulated a task-force about the promotion and development of tourism sector as Azad Kashmir and Gilgit Baltistan are very rich for tourism industry and will attract million of visitors from all over the world.
The promotion of tourism sector in these area was a top priority of the government as Prime Minister Imran Khan taking keen interest for the development of tourism to promote the positive image of the country.
Talking about the agenda of government, a university under construction in Muzafarabad and other education institution and hospital would be establish in the different places of the area.