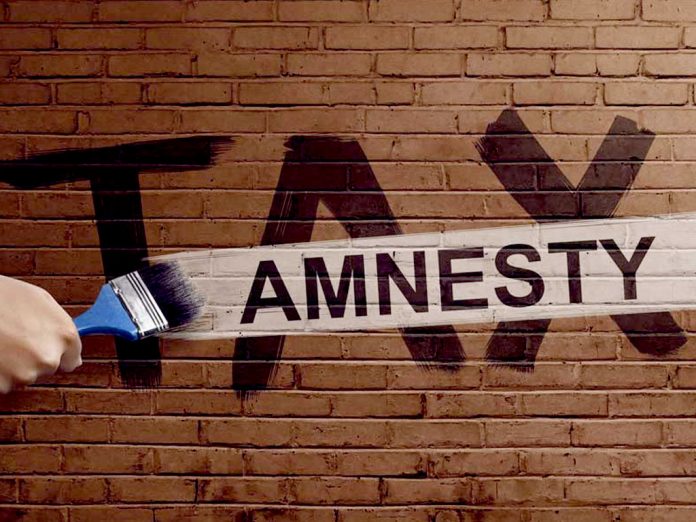 ISLAMABAD: The government has decided to promulgate an ordinance to offer a third tax amnesty scheme in as many years — this time to industrialists — by offering them to whiten their black money at 5% rate by investing in the manufacturing sector.

The amnesty is part of an industrial package that also includes tax benefits for three years on acquisition of sick industrial units, besides allowing overseas Pakistanis to invest in the country’s manufacturing sector and freely take back the profits earned and the capital investment.

The decision to give another tax amnesty scheme may put the just revived $6 billion International Monetary Fund (IMF) programme at stake, as the global lender bars giving any tax amnesty scheme. Sources said that the government had not taken the IMF into confidence.

The finance ministry circulated a summary among the federal cabinet members on Monday for their approval of the tax amnesty scheme through the Income Tax Amendment Ordinance 2022. Prime Minister Imran Khan will formally launch his third amnesty scheme in Lahore on Tuesday (today).

The official documents showed that the scheme had been prepared in haste and due to paucity of time, the approval of the Cabinet Committee for Legislative Cases (CCLC) had also not been obtained.

The government had decided to waive 24% tax rate and another 29% penalties by allowing the people to invest their black money, giving 49% bonanza to the industrialists. An industrialist could avail the tax amnesty scheme by investing Rs50 million.

The arms and ammunition, explosives, sugar, cigarettes, aerated beverages, flour mills, vegetable ghee and cooking oil industries could avail the new tax amnesty scheme. At least three new sections would be inserted in the Income Tax Ordinance of 2001 to allow the people to avail the third tax amnesty scheme.

Concessions have also been offered for the revival of sick units and the incentives for investment in industries by non-resident Pakistanis and resident Pakistani individuals having declared foreign assets, according to the documents.

According to the Promotion Package for the Industry, the government has decided to offer a 5% across-the-board tax rate and immunity to the investors from the investigation about sources of investment. An investor will establish a new industrial unit through the creation of a new company to avail of the tax amnesty scheme.

Similarly, existing units can also avail the facility for balancing and modernisation. The cut-off date for availing of the amnesty scheme will be December 2022 with the condition of starting the commercial production by the new unit by June 2024, according to the decision.

According to another leg of the package, the government has decided that those companies returning a net loss in the last 3 years will be eligible to be acquired by healthy profit-making companies, which will be incentivised to adjust the sick company’s tax losses for the next 3 years.

The Industrial Package further provides that if eligible non-resident Pakistanis and the resident Pakistani individuals repatriate their declared foreign assets into Pakistan for investment into industry, they would be entitled to 100% tax credit for the next five years.

According to the ordinance, a non-resident Pakistani citizen, having continued non-residential status for more than five years; or a resident individual having foreign assets declared by December 31, 2021, will be entitled to avail the scheme.

A possible adverse reaction from the Financial Action Task Force (FATF) and the IMF remains a concern. The IMF’s Resident Representative Ashter Perez could not be contacted due to paucity of time, while Finance Minister Shaukat Tarin also did not reply whether he took the IMF’s permission before giving the amnesty scheme.

The IMF has barred Pakistan from giving further tax amnesty scheme during the currency of the IMF programme after the PTI government gave a tax amnesty scheme in May 2019 to allow people to declare their ill-gotten and black money.

Then again, the PTI gave second tax amnesty scheme to the construction sector in April 2020. But the second amnesty had been given with the IMF’s consent under the guise of providing relief to the people from the adverse Covid-19 impact.

However, according to the prime minister, Pakistan’s industrial sector required an immediate boost for economic growth as well as for “providing employment to our youth” besides increasing share of manufacturing sector in the gross domestic product (GDP).

No public office-holder, including his wife and children, are allowed to take part in this scheme. Similarly, people who filed declaration under the amnesty schemes of 2018 and 2019 are also debarred from availing his scheme and so are people who are habitual loan defaulters, according to the officials involved in discussions.