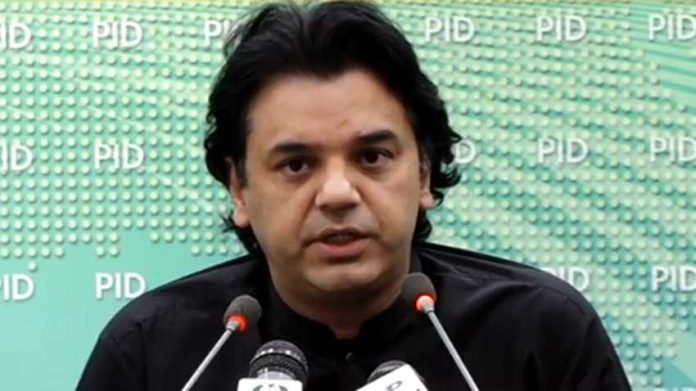 ISLAMABAD: Special Assistant on Youth Affairs Usman Dar on Sunday said that the Pakistan Tehreek-e-Insaf (PTI) led government would address the reservations of its allied political parties.
In an interview with a private TV channel, the special assistant expressed hope that the people would see visible improvement in every sector of life and every coming day would be better from every passing day.
“The government is making efforts to control artificial inflation. Previous governments had left huge burden of loans and they had applied redundant economic policies in the country,” Usman Dar explained.
He also said the national economy is much better as compared to past due to prudent policies of the Pakistan Tehreek-e-Insaf led government. To a question, he said the government would address the reservations of its allied political parties.

Also read: Chairman Senate Sadiq Sanjrani meets MQM-P leaders in Karachi
Earlier, Usman Dar said that 200,000 applications of women filed as program has reserved 25 per cent quota for women. Chairing a meeting, the special assistant has reviewed progress of Prime Minister’s Kamyab Jawan programme. About one million applications for Youth Entrepreneurship scheme has registered so far, which showed its success.
Meanwhile, the disbursement of loans to youth under Prime Minister’s Kamyab Jawan Programme starts this month and continue till June next year. He said that the youth is a most powerful force for transformational change.
Usman Dar further said that youth can lead the way to sustainable human development, if provided with a conducive environment. He also said that 60 per cent of the population consist of youth, so its government priority to make them economically independent for the progress of the country.