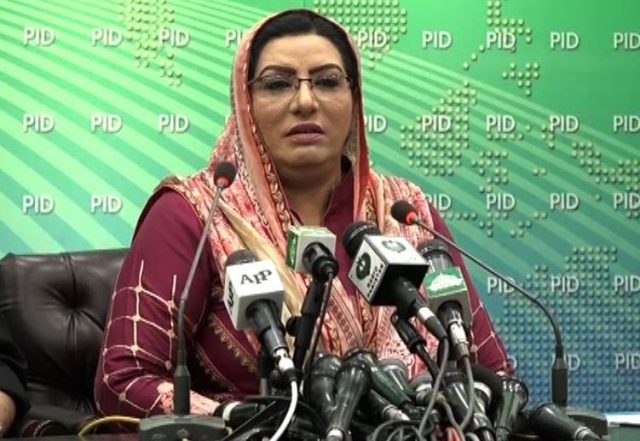 ISLAMABAD: Special Assistant to Prime Minister on Information Dr Firdous Ashiq Awan dismissed claims by Pakistan Muslim League-Nawaz (PML-N) Vice President Maryam Nawaz on Saturday, saying they can only be considered authentic after a forensic audit of the video.
Her statement came in response to a video clip released by the PML-N purportedly showing an accountability court judge allegedly admitting to a lack of evidence against former Prime Minister Nawaz Sharif in the Al-Azizia Steel Mills reference. In December, the accountability court judge had sentenced Nawaz Sharif to seven years in prison in the same corruption case.
Referring to the PML-N vice-president as “the niece”, Awan said Maryam had attempted to misguide the nation after bulldozing ‘her uncle’.
“A baseless story was concocted for their own vested interests to make the institutions controversial. It’s not naivety but classic hatred in politics,” she added.
The PM’s special assistant said that if the claims were valid, they should have been presented before the courts rather than to the media. She added that the man in the video, Nasir Butt, is a proclaimed offender.
“Butt is known for killings and heading a gang. He left Pakistan for Britain after five murders. He is known to head a gang of drug peddlers and used politics as a cover,” she said.