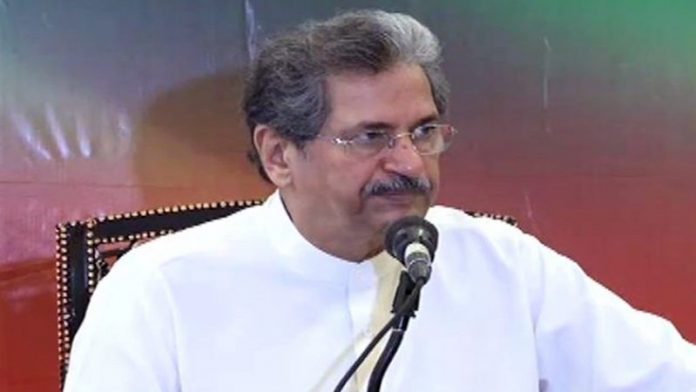 ISLAMABAD: The land on which Prime Minister House is presently situated will be made into a postgraduate institute, said Minister for Education Shafqat Mehmood while speaking about the incumbent government’s plans to utilise official buildings for public use.
While speaking to the media in Islamabad on Thursday, the education minister said the public was fed up of the previous governments’ “royal” ways of living.
It is important that the government officials live in a way that does not waste the public money, which is why Prime Minister Imran Khan has decided that he would not stay in the PM House and governors will not stay in Governor House to cut down on costs, he added.
According to the education minister, the annual expenditure of PM House was Rs470 million.
Therefore, it has been decided that the PM House will be turned into a top-level educational instate, Mehmood said. He added that the land behind PM House will also be used productively.
Speaking about reconstruction of other official buildings, Mehmood said Governor House in Lahore will be used as a museum and art gallery, while park on the premises will be opened for public.
The Punjab House in Murree will be turned into a tourist complex, while the Governor House in Karachi and the one in Balochistan will be used as museums.