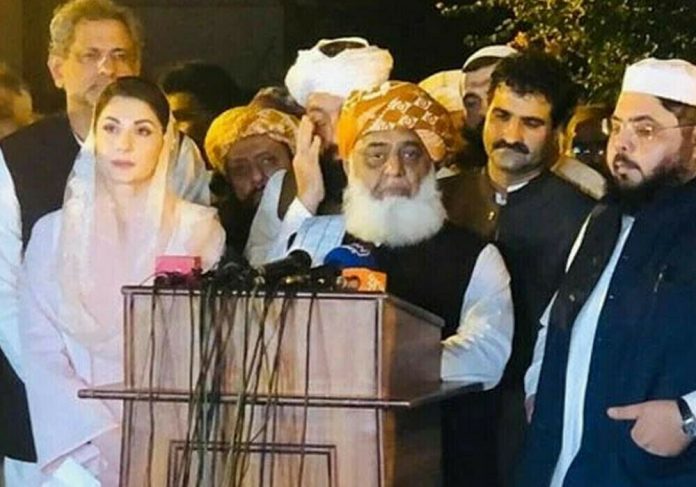 ISLAMABAD: The coalition government has decided to file a reference in the Supreme Court for lifelong disqualification of former prime minister and PTI Chief Imran Khan and the ban on his party in light of the Election Commission of Pakistan’s verdict in the prohibited funding case.

Addressing the media in Islamabad on Wednesday, PDM chief Maulana Fazlur Rehman said the federal cabinet is also deliberating to place Pakistan Tehreek-e-Insaf chairman and other leaders of the party on the exit control list.

It is pertinent to mention that PDM and the coalition parties held a meeting at the PM House which was chaired by Prime Minister Shehbaz Sharif.

During the meeting, PDM and allies decided to put the names of PTI leaders on the exit control list (ECL) following the decision of the top poll body.

The final decision to put the names on ECL will be taken by the federal cabinet.