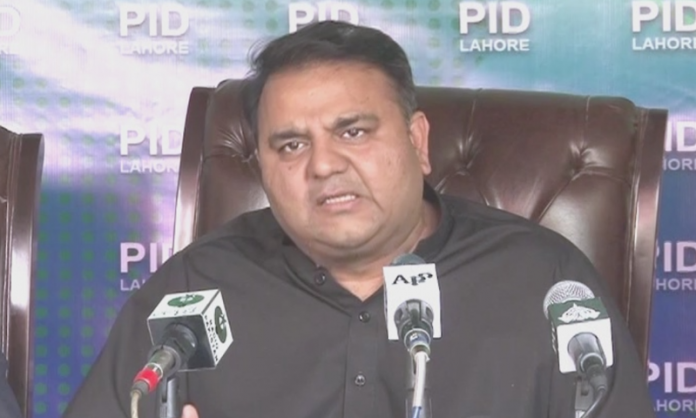 ISLAMABAD: Federal Information Minister Fawad Chaudhry has said that the government is considering extension to military courts after taking opposition political parties into confidence.
It has decided to take opposition parties into confidence on the matter on March 28. Federal Information Minister Fawad Chaudhry has said that they will discuss a two-point agenda with political leaders.
We will discuss an extension in military courts and the National Action Plan, he said.
Foreign Minister Shah Mehmood Qureshi wrote Leader of the Opposition in the National Assembly Shehbaz Sharif a letter and invited him to attend the March 28 meeting.
The meeting will be held at 4pm at Parliament House’s room two.
Chaudhry said that the civil systems should be strong enough that we don’t need military courts. We need these special courts due to the situation, he said.