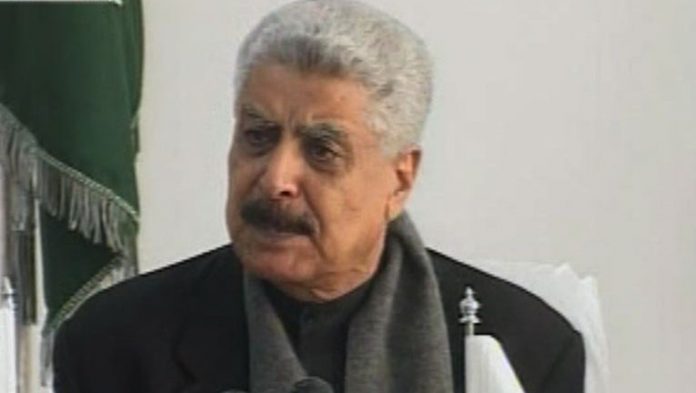 ISLAMABAD: Minister of States and Frontier Regions (SAFRON) Abdul Qadir Baloch on Friday said that the government is planning to repeal the draconian Frontier Crimes Regulation (FCR) in the Federally Administered Tribal Areas (Fata) within a week’s time.
While addressing a news conference alongside Fata Reforms Committee head Sartaj Aziz, Qadir Baloch said, “The FCR is a black law. It is necessary to rid ourselves of it,” adding that the law would be eliminated within a week’s time.
Abdul Qadir Baloch said preparations for Federally Administrative Tribal Areas (FATA) merger were going on fast track and announcement of the merger could take a year or two. “Merger is not possible without complete preparation, however the government is trying hard to complete the preparation and announce the merger during its tenure because it had work hard on the process so it wanted to take credit of this historical decision,” the minister said while addressing a press conference here Friday.
Deputy Chairman Planning Commission, Sartaj Aziz was also present on the occasion.
He said presently there were not any administrative, financial or political hurdles in way of the merger and the government was fully implementing all the recommendations made by the FATA Reforms Committee in January 2017.