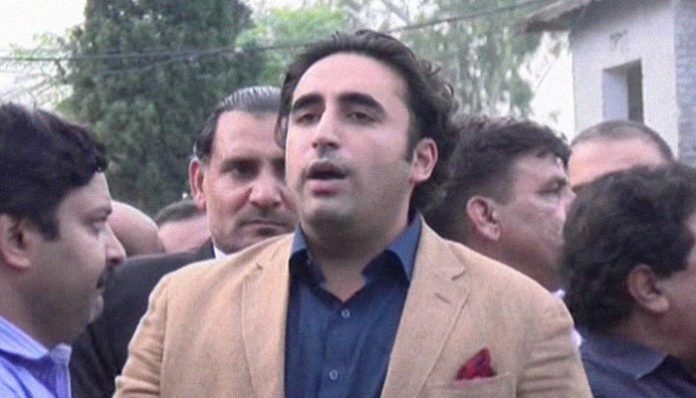 ISLAMABAD: Pakistan Peoples Party (PPP) Chairman Bilawal Bhutto Zardari on Tuesday said the government was refusing to shift his father former president Asif Ali Zardari to a hospital.
“Visited my father in jail he is being held without being convicted of any crime. Can confirm news below is true. Govt doctors advised he be taken to hospital but govt is refusing. We are going to court. If anything happens to him govt will be responsible,” Bilawal tweeted.
A day earlier, Bilawal accused the Pakistan Tehreek-e-Insaf (PTI) government of “attempting to kill” his father by not providing him medical facilities in Adiala Jail.
Earlier this month, Asif Ali Zardari was shifted to Adiala Jail in connection with the money laundering case. His sister was also shifted to the prison.
An accountability court turned down a request for A-class facilities by Zardari and Talpur, however, they were allowed to avail some facilities such as the use of an air conditioner, television as well as keeping an attendant at their own expense.