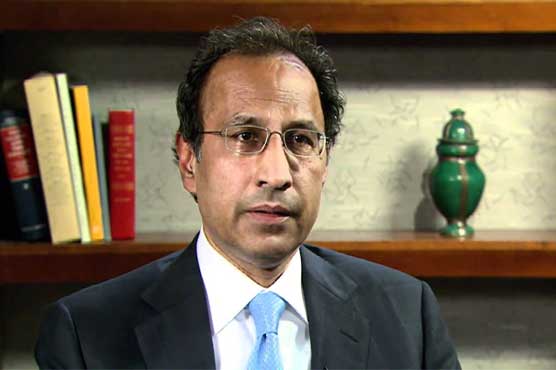 ISLAMABAD: Adviser to Prime Minister on Finance Dr. Abdul Hafeez Shaikh has appreciated the leadership of armed forces for limiting their budget and thus contributing towards government s drive of managing expenditures, reducing fiscal deficit and achieving economic stability.
In a tweet, he said all of us have to play our role in meeting our national goals.
Pakistani military on Wednesday announced cuts in the country’s defence budget. Major General Asif Ghafoor, the armed forces spokesperson, said the voluntary cuts in the defence budget for the next financial year will not be at the cost of the country’s security.
“We shall maintain effective response potential to all threats,” he tweeted. “[The] Three services will manage impact of the cut through appropriate internal measures.” Ghafoor said that that the cuts were necessary as money had to be routed to developmental projects in tribal areas and Balochistan.
Prime Minister Imran Khan appreciated the military’s “voluntary cuts” in defence spending, in a tweet late on Tuesday. “I appreciate Pak Mil’s unprecedented voluntary initiative of stringent cuts in their defence expenditures for next FY because of our critical financial situation, despite multiple security challenges,” he said. “My govt will spend this money saved on development of merged tribal areas & Balochistan.”
Pakistan is currently in the grip of an economic crisis. The country’s increasing foreign debt has widened the deficit in its current account. The country’s currency has also been losing its value since 2017. On May 13, Pakistan reached an agreement with the International Monetary Fund for $6-billion bailout package over five years.