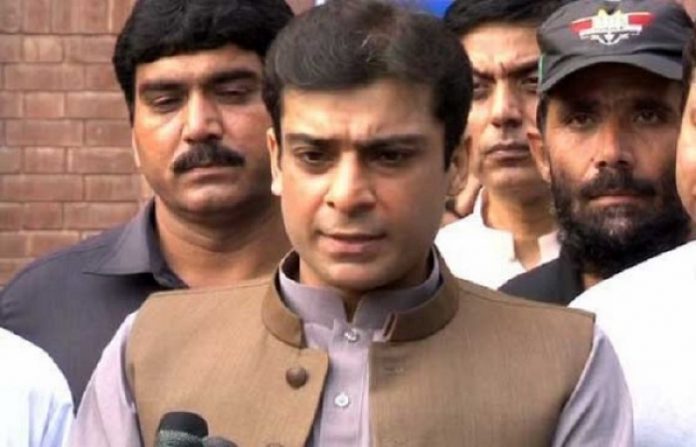 LAHORE: Opposition Leader in Punjab Assembly Hamza Shahbaz on Monday appeared before accountability court in Ashiana Housing and Ramzan Sugar Mills references.
During the hearing, Pakistan Muslim League-Nawaz (PML-N) president and Opposition Leader in National Assembly (NA) Shehbaz Sharif’s exemption plea has been approved by the judge.
The hearing has been adjourned till May 11.
Talking to media outside the court, Hamza Shahbaz said that the inflation has increased ahead of the holy month of Ramzan. Government ministers are doing nothing except criticism, he added.
The PML-N leader said that the incumbent government has failed to run country.
Earlier, National Accountability Bureau (NAB) had sent questionnaire to Hamza Shahbaz in assets beyond income and alleged money laundering cases.
It is to be mentioned here that Hamza was summoned for appearance on April 30 after Lahore High Court (LHC) extended his interim bail till May 8.