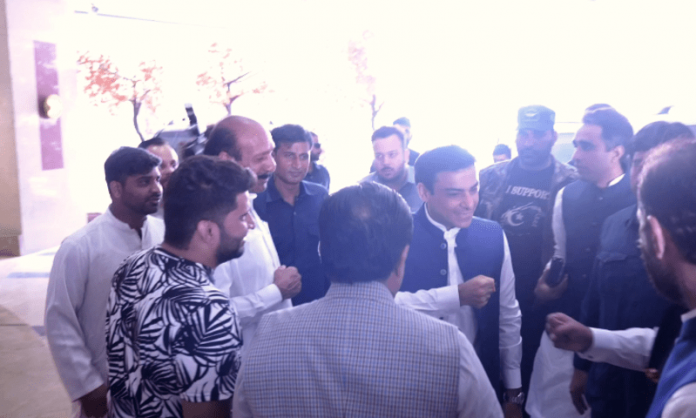 According to details, Punjab Assembly Deputy Speaker Dost Mohammad Mazari ruled that the votes of PML-Q lawmakers will not be counted in the election of Punjab chief minister in the light of party head Chaudhry Shujaat Hussain’s letter.

Pervaiz Elahi – joint candidate of PTI and PML-Q – received 186 votes, while Hamza Shehbaz got 179 votes. However. 10 votes of PML-Q were cancelled by Deputy Speaker Dost Muhammad Mazari, hence taking the figure to 176.

The session, which is being chaired by Deputy Speaker Dost Muhammad Mazari, was started with recitation of the Holy Quran and its translation.

At the outset of the session, MPA Shabbir Gujjar objected that since PTI leader Zain Qureshi had not resigned from the membership of the National Assembly, he was not eligible to vote in the provincial assembly.

However, the deputy speaker ruled that under Article 223(4) of the Constitution, a member ceased to be an MNA after he became an MPA. Subsequently, Mazari allowed Qureshi to cast his vote.

Pervaiz Elahi among all Pakistan Muslim League-Quaid (PML-Q) has voted to elect the new Punjab chief minister in the provincial assembly session.

According to ARY News, all 10 lawmakers of Pakistan Muslim League-Quaid have cast their votes for Pervaiz Elahi – the joint candidate of PML-Q and Pakistan Tehreek-e-Insaf (PTI).