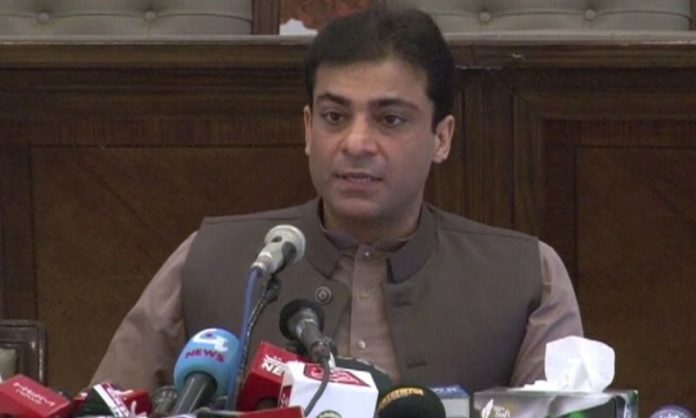 LAHORE: Punjab chief minister-elect Hamza Shehbaz has once again requested the Lahore High Court (LHC) to direct the Senate chairman to administer his oath to the office.

“The petition will be heard Tuesday at 9:00 am,” the judge said.

The high court in its ruling earlier on Friday asked the president to appoint a representative for administering the oath to Hamza Shehbaz as Governor Omar Sarfraz Cheema had expressed his inability to do so.

Though there were rumours doing rounds all day long on Saturday that Arif Alvi had appointed Chairman Sadiq Sanjrani to administer the oath and the PML-N leadership was ready for the swearing-in but it did not happen.

In his petition submitted on Monday, Shehbaz requested the court to direct the Senate chairman to perform the necessary constitutional duty which has been lingering for days now.

In the petition, the law ministry, secretary to the president and Senate chairman were made respondents. In addition, Punjab’s chief secretary and the prime minister through the principal secretary were also made party to the case.

The petition requested the court to issue an order to the administration for implementation of its Friday ruling.

On Saturday, when the expected swearing-in of Shehbaz was delayed, the PML-N leaders including Atta Ullah Tarar, Malik Ahmad Khan, Awais Leghari, Khalil Tahir Sindhu and others held a press conference announcing to file a contempt of court petition on Monday.

But the legal advisors said that a contempt plea could not be filled against the President as he enjoyed indemnity under Article 248. So, the PML-N decided to simply request the court to order the authorities to appoint Sanjrani for oath administration.

It is worth mentioning that Hamza had approached the LHC against the delay in holding a contest on the chief minister’s slot.

The court then ordered the then acting speaker Sardar Dost Muhammad Mazari to hold the election on April 16. After Hamza was elected CM Punjab, the provincial governor delayed administering him the oath.