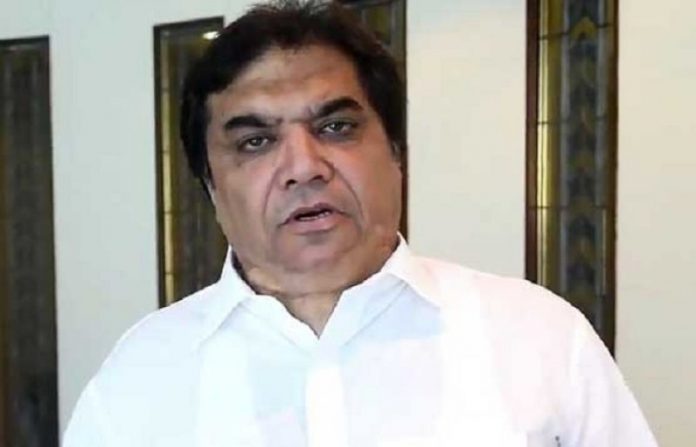 RAWALPINDI: PML-N leader Hanif Abbasi was shifted to District Jail Attock from Rawalpindi’s Adiala prison amid tight security early on Saturday.
Abbasi was shifted to Attock Jail on directives of DIG Rawalpindi region, who reportedly took the decision on two-member committee’s findings about his photograph with former prime minister Nawaz Sharif, who was also incarcerated in the same prison at that time.
Abbasi was sentenced to life imprisonment by the Control of Narcotics Substances (CNS) court in the ephedrine quota case on July 22, days before general elections.
The court had acquitted seven other accused in the case, giving them the benefit of doubt.
In its ruling, the court said that 363kg of ephedrine quota could be accounted for, adding that Abbasi failed to provide evidence of the use of remaining quantity of the drug.
ANF registered a case against PML-N leader and his accomplices in June 2012 under sections 9-C, 14 and 15 of the Control of Narcotics Substances (CNS) Act for misuse of 500kg of ephedrine which he obtained for his company, Gray Pharmaceutical, in 2010.
Hanif Abbasi filed an appeal against his conviction before the LHC Rawalpindi bench which was taken up on Aug 16.