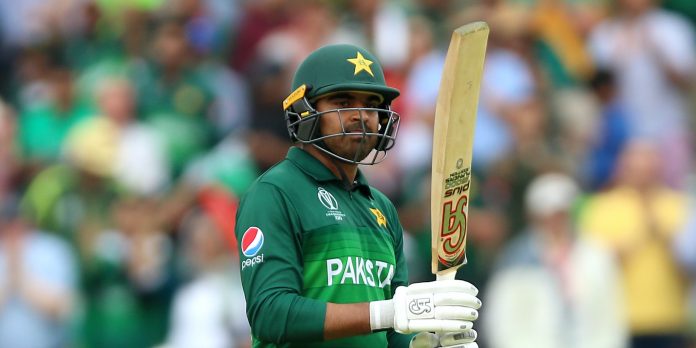 Middle-order batter Haris Sohail returned while all-rounder Shadab Khan was benched due to injury as the Pakistan Cricket Board (PCB) on Thursday announced the squad for the One-day International series against New Zealand.

The squad was announced by the head of the Pakistan Cricket Board’s interim selection committee Shahid Afridi at the National Stadium in Karachi.

“Pakistan vice-captain Shadab Khan was not considered for selection after he suffered a fracture on his right index finger in Australia last week,” the PCB press release reads.

The board said uncapped batter Tayyab Tahir and wrist spinner Usama Mir have been named in the squad after they produced stellar performances in the Pakistan Cup.

Meanwhile, Shan Masood and Haris Sohail have been recalled after they missed out on ODI cricket in 2019 and 2020, respectively. Kamran Ghulam, who is part of the Test squad, has also been included in the ODI side for the first time.

Fast-bowler Haris Rauf, who was injured during the first Test against England in Rawalpindi, has regained complete fitness and has been named in the line-up, the PCB said.

“However, Shaheen Shah Afridi, despite making good progress, has not been included as the selectors, in consultation with the medical panel, have decided to give him more time to reclaim complete fitness. He is expected to return to competitive cricket next month in the HBL Pakistan Super League 8,” it added.

The PCB had in October announced the schedule of New Zealand’s dual tours of Pakistan comprising two Tests, eight One Day Internationals (ODIs) and five T20s.

The first leg of the tour began on Dec 27 and will continue till Jan 15 while the second round of the tour will be held from April 13 to May 7.

The New Zealand cricket team had in September last year backed out of its tour of Pakistan over security concerns minutes before the first match was scheduled to start at the Rawalpindi Cricket Stadium.

According to the PCB schedule, the three ODI matches will be played on Jan 11, Jan 13 and Jan 15 in Karachi.