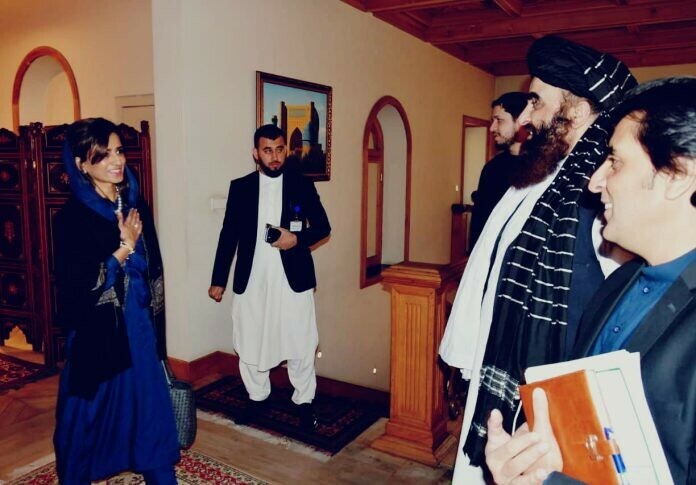 Minister of State for Foreign Affairs Hina Rabbani Khar and Afghanistan’s Foreign Minister Amir Khan Mutaqqi along with their respective delegations met in Kabul and discussed matters of bilateral importance.

The meeting focused on political consultations between the two governments. Special Assistant to Prime Minister on Afghanistan Ambassador Mohammad Sadiq was also present.

Earlier on her arrival in the Afghan capital, Hina Rabbani Khar was received at the airport by Deputy Minister for Economy Abdul Latif Nazari and the Pakistan embassy’s Head of Mission in Kabul Ubaid-ur-Rahman Nizamani.