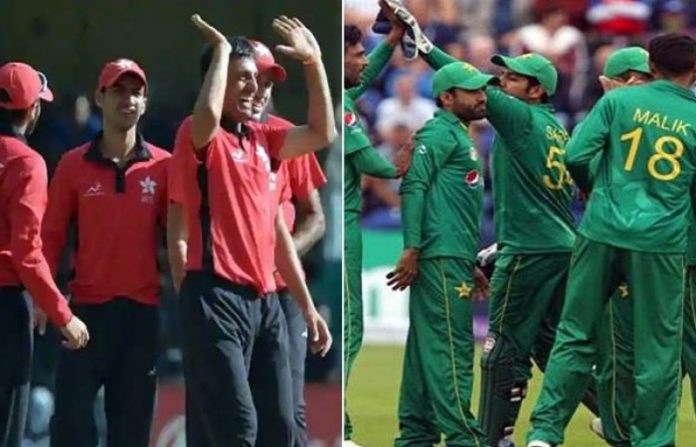 DUBAI: Hong Kong captain Anshuman Rath won the toss and opted to bat in the Group A match of the Asia Cup against Pakistan in Dubai on Sunday.
Hong Kong came through the qualifying rounds and are playing for the third time in the Asia Cup after featuring in 2004 and 2008 editions.
Pakistan previously won the Asia Cup in 2000 and 2012. The third team in the group is India.
Bangladesh inflicted a big 137-run defeat on former champions Sri Lanka in the opening Group B game in Dubai on Saturday. Afghanistan are the third team in the group.
Pakistan: Sarfraz Ahmed (captain), Fakhar Zaman, Imam-ul-Haq, Babar Azam, Shoaib Malik, Asif Ali, Shadab Khan, Fahim Ashraf, Hasan Ali, Mohammad Amir, Usman Khan Shinwari
Hong Kong: Anshuman Rath (captain), Aizaz Khan, Babar Hayat, Mohammad Nizakat, Christopher Carter, Ehsan Khan, Ehsan Nawaz, Kinchit Shah, Nadeem Ahmed, Scott McKehnie, Tanvir Afzal
Umpires: Rod Tucker (AUS) and Ahmad Pakteen (AFG), Tv umpires: Shaun George (RSA)
Match referee: Andy Pycroft (ZIM)
Title favourites Pakistan are expected to enjoy a walk in the park here on Sunday (today) at the sun-baked Dubai International Cricket Stadium where they meet minnows Hong Kong in what promises to be the first of this year’s Asia Cup mismatches.
The News will cover the match live with regular over-by-over updates
With the mercury threatening to hover around 43 degrees Celsius, the hot weather is expected to be the only real issue that Pakistan can expect to face in their tournament opener.
Hong Kong, who surprisingly qualified for the six-nation contest by winning the qualifying event in Malaysia, are a little more than a bunch of semi-professionals.
However, Hong Kong captain Anshuman Rath has warned opponents including Pakistan against taking them lightly stressing that his team is hungry and wants to keep trying and improving against some of the best sides in world cricket.
Pakistan are among those ‘best’ sides that Hong Kong will be targeting in the Asia Cup which got underway on Saturday with a game featuring Sri Lanka and Bangladesh.
The Pakistanis are coming off an extended break and the Asia Cup starts a hectic period for them with home series against Australia and New Zealand looming, followed by a full tour of South Africa, the annual Pakistan Super League (PSL) and the season-ending 2019 World Cup in England. As such, Mickey Arthur’s men would be keen to get off to a solid start and as the Hong Kong clash could just be ideal to dust the cobwebs off early.