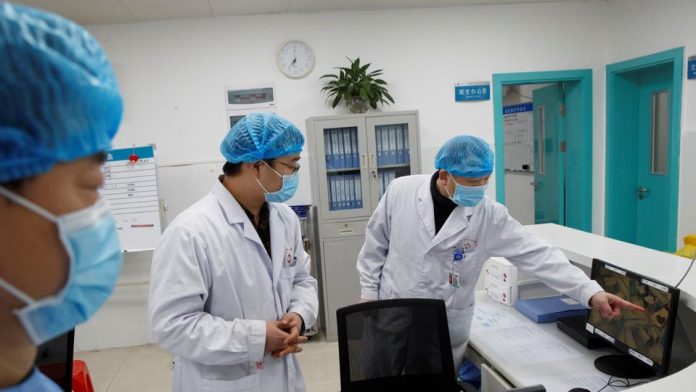 HONG KONG: Coronavirus vaccine has been developed but it requires at least one year for tests before it is available for use, Hong Kong scientists claimed.
Announcing his team’s success, Yuen Kwok-yung, from the University of Hong Kong, informed media, it would take months to test the Coronavirus vaccine on animals, then on humans.

Also read: First suspected coronavirus case surfaced in Khyber Pakhtunkhwa
The news comes as the global research community steps up its efforts to halt the fatal epidemic, with scientists responding to the outbreak at unprecedented speed.
Teams around the world are working on their own Coronavirus vaccines, a process that takes at least a decade.
Researchers in Australia revealed they had successfully synthesised the virus in the laboratory, using a sample from an infected patient.
Mike Catton, from the Peter Doherty Institute for Infection and Immunity in Melbourne, said that they would share their lab-grown virus with colleagues around the world, helping them to test theories and verify their approaches to combat it.
Their success in fabricating the virus is a crucial step in allowing laboratories to create their own treatments and to uncover its secrets.
The virus – in the same family as the virus responsible for the SARS pandemic that killed nearly 800 people in 2003 – originated in Wuhan, the capital of Hubei province.
Around 259 deaths have been reported in China amid raging outbreak with 12,000 people infected by the disease as life paralyzed in several cities of the country. People have been restricted to homes in 14 provinces in 14, while Coronavirus cases reported in 23 countries across the world.