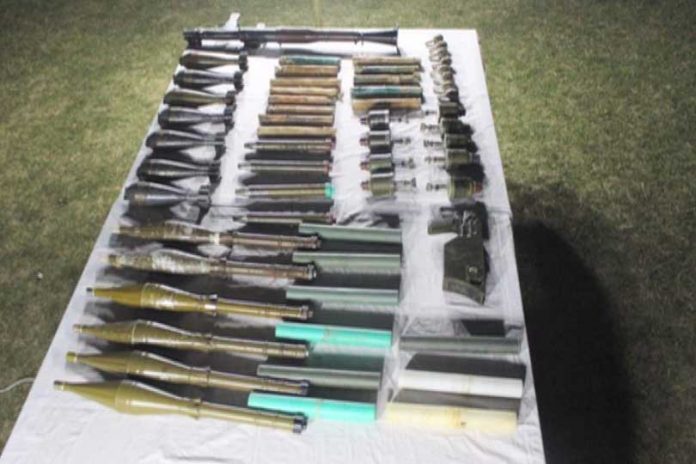 QUETTA: FC personnel on Wednesday conducted intelligence-based operations (IBOs) in various areas of Balochistan and recovered large quantities of arms, ammunition and explosives, said the army’s media wing, Inter-Services Public Relations.
According to details, the raids were held in Chaman, Sibbi, Uch and Kohlu as part of the ongoing operation Raddul Fasaad. The military says that suicide jackets, sub-machine guns, landmines, detonators and explosives were seized during the operations.
Earlier on February 24, FC Balochistan killed at least one terrorist and arrested 11 others during raids in the areas of Quetta, Sherazai, Sibbi and Kahan.
The security forces also recovered RPG rockets, sub-machine guns, mines and explosive material from the suspected terrorists.