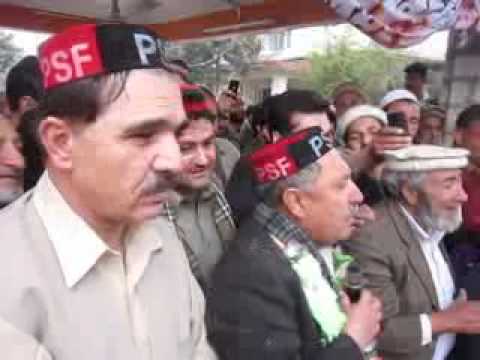 PESHAWAR: Chairman Pakistan Peoples Party (PPP) Bilawal Bhutto Zardari on Tuesday appointed Humayun Khan as party Khyber Pakhtunkhwa chapter president and Faisal Karim Kundi as General Secretary.
Pakistan Peoples Party (PPP) has announced office bearers of the Khyber Pakhtunkhwa chapter and Karachi Division.
Jameel Somro made the announcement and said that Humayun Khan will be the provincial president of PPP KP. He said that Akhuzada Chatan will be Vice President and Faisal Kareem Kundi will be General Secretary of Pakistan Peoples Party Khyber Pakhtunkhwa. Usman Saifullah will be Secretary General in KPK.
For Karachi, Dr. Asim Hussain has been nominated as president Karachi division and Senator Saeed Ghani as Secretary General. Shehla Raza was nominated as Secretary Information.
Balochistan Chapter, Party has announced president for its Balochistan Province, Ali Madad Jattak and Aziz Badshah will be Secretary General.
PPP will celebrate it Yaum e Tasees on November 30, 2016. President Punjab PPP Qamar Zaman Kaira has told this today. He told that This year party will celebrate this day with new way. Peoples will be gathered from all over the country. The venue will in Lahore.