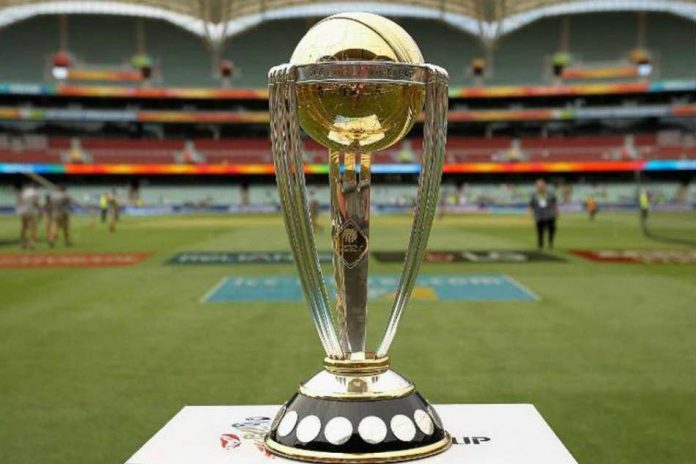 DUBAI: The International Cricket Council today (Friday) announced the appointments for the league phase of the ICC Men’s Cricket World Cup 2019, which comprises the best 22 match officials from around the globe.
The 16 umpires and six match referees finalised for the 48-match tournament include prominent members of past World Cup-winning sides who will play a vital part in the delivery of the 30 May-14 July tournament that brings together the world’s top 10 ODI sides.
The opening match between hosts England and South Africa at The Oval will see three World Cup winners officiating. David Boon will be the match referee, Kumar Dharmasena one of the two on-field umpires and Paul Reiffel the third umpire. Bruce Oxenford will be the other on-field umpire and Joel Wilson the fourth official for the match.
Boon was a member of the Allan Border-led Australia side that won their first title in 1987, Dharmasena was part of Arjuna Ranatunga’s champion team of 1996 and Reiffel was a World Cup winner for Australia under Steve Waugh in 1999.
Others officiating during the tournament will be: Chris Broad, Jeff Crowe, Andy Pycroft, Ranjan Madugalle, Richie Richardson (all match referees); Aleem Dar, Marais Erasmus, Chris Gaffaney, Ian Gould, Richard Illingworth, Richard Kettleborough, Nigel Llong, Ruchira Palliyaguruge, Sundaram Ravi, Rod Tucker, Michael Gough, Paul Wilson (all umpires).
Adrian Griffith, ICC Senior Manager – Umpires and Referees: “Officiating at the World Cup as with playing, is an honour and the pinnacle of an official’s career. It is a tough job with the eyes of the cricketing world on every decision, but this group of 22 is the very best from around the world who will rise to the occasion. I wish them all the very best.”
Madugalle, the most experienced match referee, will be officiating in his sixth World Cup, while it will be the fourth World Cup for Broad and Crowe. Umpire Dar will be officiating in his fifth World Cup and it will be the fourth and last for Gould, who has announced his retirement after the tournament.
Gould, 61, who was England’s wicketkeeper in the 1983 World Cup, has officiated in 74 Tests, 135 ODIs and 37 T20Is so far.
ICC General Manager – Cricket, Geoff Allardice: “Ian has made an outstanding contribution to the game over a long period, particularly in the last decade as an international umpire for the ICC. He has always put the interests of the game first, and in doing so has earned enormous respect from his colleagues and players across all countries. His presence on the field will be missed, but I am sure his lifelong association with the game will continue.”
The appointments for the semi-finals will be announced at the end of the league stage and those for the final will be finalised after the semi-finals.
Match Officials at the ICC Men’s Cricket World Cup 2019:
Match Referees: Chris Broad, David Boon, Andy Pycroft, Jeff Crowe, Ranjan Madugalle, Richie Richardson
Umpires: Aleem Dar, Kumar Dharmasena, Marais Erasmus, Chris Gaffaney, Ian Gould, Richard Illingworth, Richard Kettleborough, Nigel Llong, Bruce Oxenford, Sundaram Ravi, Paul Reiffel, Rod Tucker, Joel Wilson, Michael Gough, Ruchira Palliyaguruge, Paul Wilson.