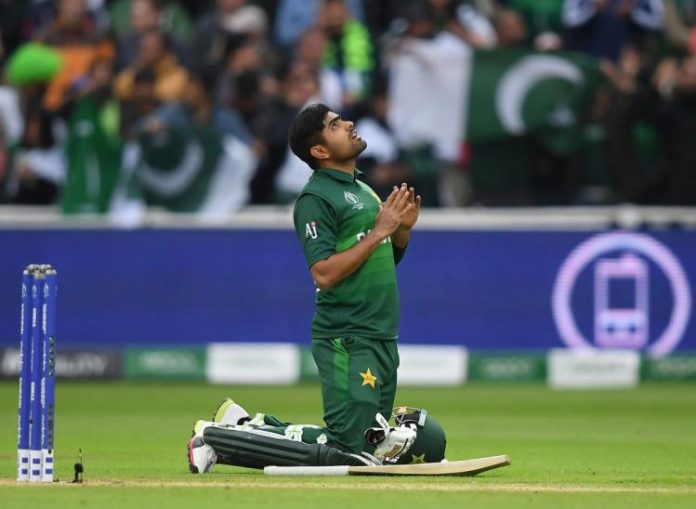 LONDON: International Cricket Council have released the latest set of ODI player rankings after the end of the league stage of Cricket World Cup 2019.
Pakistan star batsman Babar Azam has broken into the top three with Virat Kohli and Rohit Sharma occupying the first two spots respectively. Babar scored as many as 487 runs with the help of three 50s and a century in the tournament before Pakistan bowed out of it.
Kohli (891) and Rohit (885) are miles ahead of the rest with the Pakistan star at 827 rating points.
As far as the bowlers are concerned, Indian pacer Jasprit Bumrah reigns supreme while Australia quick Pat Cummins has entered the top three. Mitchell Starc and Lockie Ferguson have entered in the top 10 of the rankings as well with their stupendous performances in the tournament so far.
Star Bangladesh all-rounder Shakib Al Hasan, who brought up an unprecedented double of 600+ runs and 11 wickets in the ICC Men’s Cricket World Cup 2019, occupied the No1 position on the MRF Tyres ICC Men’s ODI rankings for all-rounders in recent times.
On the other hand, Pakistani all-rounder Imad Wasim secured fourth position in the ICC ranking.