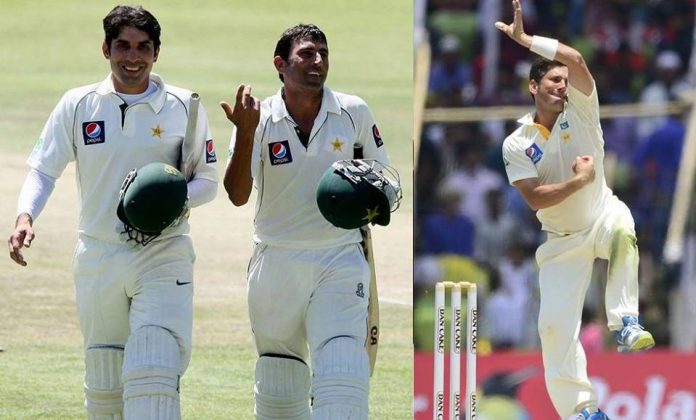 DUBAI: Off-spinner Ravichandran Ashwin has surged to the top of the MRF Tyres ICC Player Rankings for Test Bowlers with a career-best haul of 13-140 in the final Test that helped defeat New Zealand by a massive 321 runs, India’s second biggest victory in terms of runs.
Ashwin, who was named man of the series after he finished with 27 wickets in a 3-0 sweep by India, now has 220 wickets, the most by any bowler after 39 Tests. Ranked third before the final Test in Indore, Ashwin has leapfrogged pace bowlers James Anderson and Dale Steyn to attain a career-best rating of 900 points.
Ashwin, who finished the 2015 year-end rankings as the number-one bowler and was also at the top briefly in July this year, has joined a select band to have touched a rating of 900 points since 2000, the others being Muttiah Muralidaran, Glenn McGrath, Vernon Philander, Dale Steyn and Shaun Pollock.
In the MRF Tyres ICC Player Rankings for Test Batsmen led by Australia captain Steve Smith, Ajinkya Rahane has attained a career-best sixth-rank with scores of 188 and 23 not out. Rahane, whose previous best was eighth rank in August this year, has gained five slots after starting the match at 11th position.
The Indore Test also saw Cheteshwar Pujara and captain Virat Kohli move up the rankings. Pujara’s knocks of 41 and 101 not out have helped him move up one place to 14th rank while Kohli’s scores of 211 and 17 at Indore have helped him move up four places to 16th position.
For New Zealand, opener Martin Guptill has moved up 10 places to 58th rank with knocks of 72 and 29 while Jimmy Neesham has moved up 12 slots to 70th position.
In the all-rounders’ list, India’s Ravindra Jadeja has reached a career-best joint-third rank.
Meanwhile, Pakistan hosts the West Indies in a three-Test series in the UAE, which starts with a day-night match in Dubai on Thursday.
Pakistan’s players would be eyeing the opportunity to move up the rankings even though the team does not have a chance to reclaim the number-one ranking from India even with a 3-0 win.
The predictor function is available here. The Test table is updated at the end of a series, while the ODI and T20I team rankings are updated after each match.
Fourth-ranked Younus Khan, who is just two points behind South Africa batsman Hashim Amla’s tally of 847 points, will miss the opening Test because of illness but 11th-ranked Misbah has a chance to overtake England batsman Alastair Cook, whom he trails by just six points.
Asad Shafiq (13th), Azhar Ali (17th) and Sarfraz Ahmed (19th) would also be looking to move towards the top 10 by dominating a side they blanked 3-0 in both an ODI series as well as a Twenty20 series that preceded the Tests.
Leg-spinner Yasir Shah, who is just five wickets away from 100 wickets and a permanent ranking, is Pakistan’s leading bowler at sixth position while pace bowler Wahab Riaz is ranked 29th.
For West Indies, Darren Bravo (28th), Kraigg Brathwaite (31st) and Marlon Samuels (46th) are the leading batsmen while pace bowler Kemar Roach (23rd), leg-spinner Devendra Bishoo (41st) and Shannon Gabriel (48th) are in the top-50. …Agencies