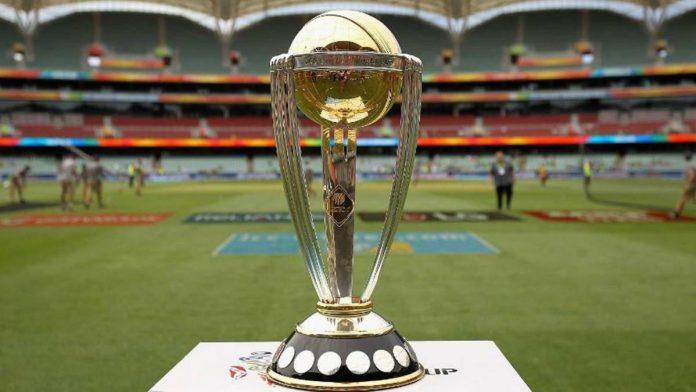 LAHORE: The Garrard-made ICC Cricket World Cup trophy will reach Lahore tomorrow to start its six- day tour of the 1992 World Cup winning country.
The trophy will start its tour from the Gaddafi Stadium, Lahore from where it will be taken to Islambad and then Karachi.
The trophy will also be taken to the Wagha Border and Shaukat Khanum Memorial Hospital during its stay in Lahore.
Thereafter it will travel to Islamabad on October four where it will be displayed for the common public.
The glittering trophy will then make its appearance in the city of lights [Karachi] for the enthusiastic cricket fans.
It’s pertinent to mention here that the Trophy has started its journey from the ICC headquarters in Dubai from August 27.
During the nine-month tour, it will visit overall 11 countries including the rising cricketing nations Nepal, United States, and Germany.
The trophy during its journey will be displayed at different historic places, schools, universities and peoples’ homes as well to connect people from across the world at one platform to support the World biggest cricketing tournament.
The 12th edition of the ICC World Cup is slated to start from 30 May with hosts [England] taking on South Africa.
The final of the mega event will take place on July 14 at Home of Cricket Lords.