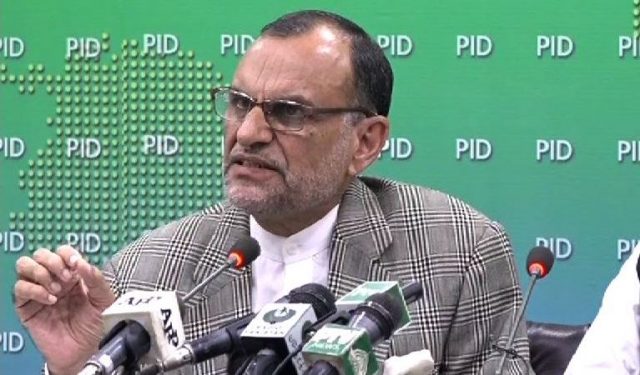 ISLAMABAD: Federal Minister for Science and Technology, Azam Swati appeared before a joint investigation team (JIT) at the National Accountability Bureau headquarters on Wednesday and was questioned for two hours.
The JIT is probing alleged misuse of authority, misconduct and encroachment by the federal minister.
A three-judge bench headed by Chief Justice Mian Saqib Nisar had taken suo motu notice of Islamabad IGP Jan Muhammad’s abrupt transfer last month. The IGP was transferred on October 27 after he allegedly refused to take action on a complaint by the son of Federal Minister for Science and Technology Azam Swati, regarding a fight over purported encroachment with a family at their farmhouse.
The apex court had formed a JIT to probe allegations of misuse of authority, misconduct and encroachment against the minister. The JIT is headed by DG National Accountability Bureau (NAB) Rawalpindi Irfan Mangi and includes top officials from the Intelligence Bureau and the Federal Investigation Agency. The team was tasked to submit its report to the court within 14 days.
The JIT has already questioned Minister of State for Interior Shehryar Afridi and other government officials in the case.
The Supreme Court had suspended the transfer of Jan Muhammad but had to withdraw its order after he excused himself from performing duties as Islamabad IGP.