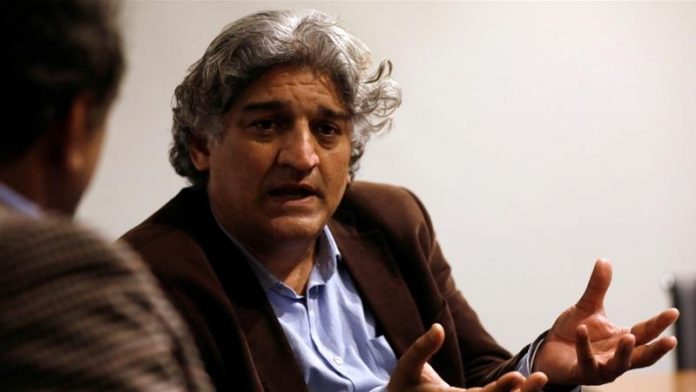 ISLAMABAD: The Islamabad High Court (IHC) on Wednesday slammed police for the kidnapping of journalist Matiullah Jan, saying that the entire state was responsible for the incident.
The IHC was conducting the hearing of a petition regarding the journalist’s abduction. Jan was kidnapped from outside his wife’s school and remained missing for about 12 hours before he returned.
“The way a journalist was picked up in broad daylight, have all institutions been destroyed?” asked IHC Chief Justice Athar Minallah. “How did anyone, wearing a police uniform, dare to abduct a person?”
The chief justice said that chaos would spread throughout the country if the rule of law did not prevail. “Where was Islamabad Police? How could this happen in the federal capital?” wondered the chief justice.
“What perception does this send to the common person, that people here are walking about in police uniforms [without fear]?” he stated angrily.
The chief justice said that this case pertained to the freedom of speech and the press. He said that crimes against journalists should end now.
“Whatever happened today, the entire state is responsible for it,” he said. “The incumbent government also talks about freedom of press. Well, the CCTV footage is available. This is a test case for the police and the federal government,” added Justice Minallah.
The chief justice directed police to take steps to ensure that such incidents do not take place again.
Advocate Jahangir Jadoon, who filed the petition for the journalist’s recovery, said that the case should not be wrapped up and the court should ask for progress reports regarding the incident.
“Direct the police to investigate and tell the court who is responsible for this incident,” he said.
However, the IHC chief justice responded by saying that the court could not monitor this case. “We will have to place trust in the police and the state. Let them take action in accordance with the law,” he said.
Justice Minallah said that to take action was the responsibility of the state. He urged police to take action so that such an incident does not occur again.
The court wrapped up the petition in light of Jan’s recovery.