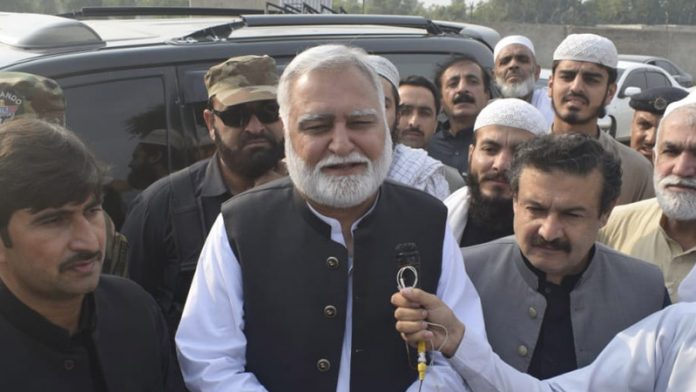 ISLAMABAD: The Islamabad High Court granted on Wednesday Akram Durrani, a JUI-F leader and head of the opposition’s Rehbar Committee, bail till December 18 in four inquiries against him.
Durrani is being investigated in the bulletproof car, housing ministry appointment, assets beyond known sources of income and appointment of a director cases.
He filed for bail on Tuesday. On November 23, NAB wrote a letter to the interior ministry suggesting that Durrani’s name should be added to the Exit Control List. NAB asked the Ministry of Interior to place his name on the ECL because they believe that the former federal minister could leave the country.
Chief Justice Athar Minallah and Justice Miangul Hassan Aurangzeb heard the case on Wednesday. Durrani has been directed to submit four sureties of Rs0.5 million each. NAB has been asked to submit a written reply in the case by December 18.